SHIPS:  Yet another sci fi novella I had a lot of fun writing, though this one’s a bit of a “soft” sci fi…slipstream, as they call it…with large parts set in present time and ordinary circumstances that are equally accessible to non-sci-fi readers.  (Still, along with my usual snarky/politically incorrect humor, it’s got some very alien aliens.)

Again, it will be featured on a big banner at this May’s SFWA Nebula Awards Conference.  The blurb’s below, and the Kindle version’s a mere 99 cents here.

Gorgeous, and born with the proverbial silver spoon in her mouth, Veronica Hamilton has never had to interrupt her dreamy sentimentality to question her cultural snobbery or even whether or not that diagnosis of Asperger’s was accurate.  But that was before her fabulously wealthy CEO husband framed her for the murders he committed.  Now she’s fleeing across “fly-over” America with the pedal to the metal of her burgundy-upholstered Rolls.

Meanwhile, barreling toward Earth, Histus is suffering from extreme sensory deprivation because he no longer has a body.  But his gas-giant home planet has been annihilated, and the only way to survive was to upload his consciousness into his crippled ship.

What could these two have in common?  Oh, and incidentally, will they save the planet Earth?

“Hugo-nominated Sue Hollister Barr has written a gripping story peopled with believable and sympathetically drawn characters who are lost and adrift, whether in the panoramic landscape of Kansas or deep space.  She explores how we are all so caught up in our pasts and prejudices that we lose the capacity for true communication.”

“Sue Hollister Barr’s Ships references Longfellow’s ships that pass in the night, but in this case one ship is a huge alien vessel, and the other is the planet Earth.  And they don’t pass unseen.  Raucous, witty humor and intriguing characters (including disembodied aliens, a trophy wife wanted for murder and the denizens of a tiny Kansas town) make for a wonderfully fun, and in places quite beautiful, read.”

“A rollercoaster through such delights as slimy bosses, bad sex, and the question of compassion for minds that are, literally, worlds apart.”

On The Road, Edinburgh: Dime-a-Dance Romance 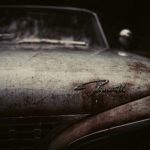 What would happen if advances in longevity kept Baby Boomers alive long enough to be used as guinea pigs to test interstellar travel? The latest addition to my rapidly growing, promotional collection of free ebooks and audiobooks is my Hugo-nominated sci fi novella: CLICK HERE FOR THE FREE EBOOK AND HERE FOR…
Read More

The poem below is by Barnett Berger. For Losers Quest for a vision The morning of awareness Dawn of the ocean The sweet, loving spaces of intimacy Whispered caresses Suntanned kisses Words calming and mirroring faith Now replaced by grunts Harmonic ostinatos Shouting through hollow bones Anger carrying stormy divisions…
Read More