In her 90’s she’d skinny dip with sharks she said had never bitten her but had a mischievous look in their eyes.  She reported this with a sparkle in her own sea-blue eyes.

My daughter and I had traveled 24 hours to find her on a remote South Pacific island.  The last leg of our trip was only possible because a friend of hers with a small boat agreed to make the four-hour trip across moody seas to the closest island reachable by any form of public transportation and pick us up.  We slept in a guest bedroom where walls of woven palm fronds were suspended between four palm trunks.  Stars seemed to rain down on us, Jupiter so bright I at first mistook it for the moon.  Every morning we were greeted by new blooms from the huge tropical flowers that vined their way inside.  The trade winds kept the mosquitoes at bay.

Our amazing hostess, Marifrances Wilson, later Mary Orser, was born in 1925 in San Antonio, Texas, of hardy pioneer stock…descended from a combination of Scottish and Native American royalty.  A true pioneer, she kept moving west.  When the encroachments of civilization in the form of such things as Rodeo Drive forced her to strike out across the Pacific Ocean, she first moved to a remote island in Hawaii.  When even that became too civilized for her taste, she moved even farther west.

But there was still that faint Texas drawl whenever she burst forth with her personal mantra, the last stanza of Oliver Wendell Holmes’ “The Chambered Nautilus”:

“Build thee more stately mansions, O my soul,
As the swift seasons roll!
Leave thy low-vaulted past!
Let each new temple, nobler than the last,
Shut thee from heaven with a dome more vast,
Till thou at length art free,
Leaving thine outgrown shell by life’s unresting sea!”

…with such depth in the fine timbre of her voice that I imagined I could hear her words resonate all the way from the highest heavens to the deepest recesses in every sea.

My daughter and I have her to thank for every moment of beauty we’ve ever experienced.

I was 60 when, at last, I found her.  Others might say she died a decade later in January 2020.  I would prefer to think that, like the chambered nautilus, her soul was, at last, free to move all the way west into the setting sun and the most stately mansion of them all.

I was adopted.  She was my birth mother. 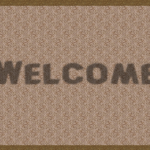 Craig Healing Springs (this excerpt from my memoirs is about aging)

See if you agree with the editor who, though he published other work of mine in the New York Times, rejected this piece.  (Written long ago, it’s now part of Craig Healing Springs, the title I’ve given my memoirs.) THE GOLDEN YEARS When I moved to Long Island the first…
Read More

The poem below is by Barnett Berger. Six A.M. The river sends its chill The stars above are incantatory Wishing me well Creation of sound is my purpose Heard or unheard Harmonious or distant Taut with dissonance Or flowing with the signals Calling sweet love I am a wingwalker And…
Read More